The buck. The true hero of a farm. Yep, I said it. The true stinky hero of the goat farm. If you would have asked me 12 years ago if this was an accurate statement, I probably would have laughed pretty hard at that idea. Let me explain myself. Twelve years ago I quickly learned that in order to grow my farm or even have a goat farm, I would have to purchase a healthy buck to kickstart breeding. One of my first goats came to me “in milk” from a farm in Michigan which allowed me to delay breeding on my own farm. This goat’s name was Kazoo. She had the bluest eyes and looked like a spotted cow. She was a tough goat to learn to milk because of her stubbornness. We often referred to her as the stubborn beauty. I knew my fear was getting in the way. I kept putting off buying a buck. I felt intimidated by the reputation that bucks have. I read about how aggressive, stinky, and hard to contain they can be. One farmer I spoke to said, “YOU WILL” find your buck in with your female goats despite your best efforts to contain him. Their drive to mate is pretty insane! In order for my farm dream to come true, I needed a buck to get started. 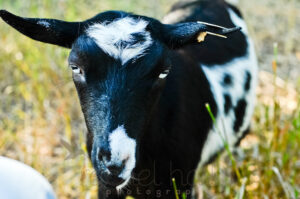 Giving myself numerous pep talks and talking with farmer friends who said Gretta “you got this” over several months I finally found a jet black stinky little guy in Wisconsin. He was just a bouncy kid living on the farm where I had bought my first doe, Sham-wow (I know, I know, the names we choose are something else!). We picked him up and brought him back to the farm where I first started farming in Grayslake, IL. We named him Buck Rogers and soon he became known as BR around the farm. Well, he definitely turned out to be stinky! When giving farm tours we often joked with people and said “now is the time for you to plug your nose”. He turned out to be gentle with us and our farm hands over the years. My respect for him grew. He never challenged me aggressively in the pasture. He was even quite friendly despite me always saying keep your distance BR (he was just too smelly!).

He gave us SO many beautiful kids over the last decade. We appreciated him for being our first buck and helping us realize our goal of starting a farm. We lost him this past week to old age. In typical BR fashion it was without fanfare. We think he died in his sleep. Death used to break me in two on the farm. I won’t lie it still does sometimes. What has shifted is my perspective. My perspective has turned to finding gratitude for each and every animal on this farm and the short time we have had together. The fun they have brought to visitors, to us, and our farm. Everything changes, nothing stays the same. Everything is impermanent. The one thing that does stay the same is love. We love you, Buck Rogers. Stay stinky. Buck Rogers: March 28, 2012 – September 15, 2022 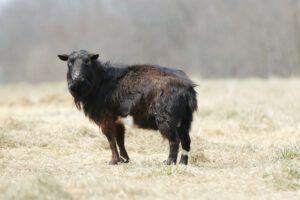 Welcome to Our Blog! 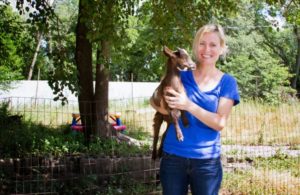